And so it ends. The final piece in the Potter jigsaw that has spanned a decade. We've seen its actors grow from unknown child stars into globally recognised adults. It has also become the biggest grossing franchise in history, having made a spell binding $6.3b, eclipsing Lucas' Star Wars. And all before the final instalment is released. 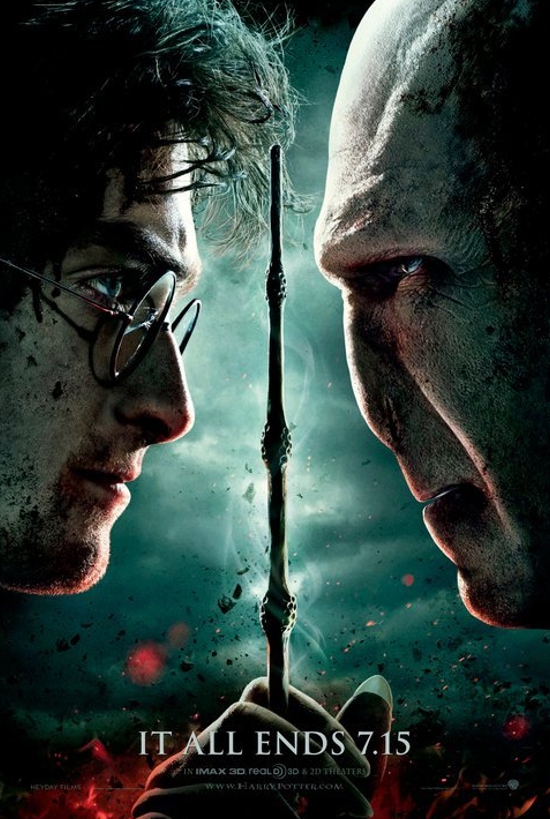 By no means am I a Hogwarts fanatic. I can't recite spells in my sleep. I haven't, to some shame, ever picked up one of J.K. Rowling's books either. Nor can I regurgitate much trivia or facts regarding the subject, thus placing me into one of two categories. The first being the literary fan who has read the complete collection and knows their Stupify from their Expecto Patronum. The other being someone who has stuck to the medium of film, unaware of the mountains of book content unable to fit into the motion pictures. I am, however, someone who has now seen all 8 films and can objectively judge based on cinema merit alone.

Harry Potter and the Deathly Hallows Part 2 picks up right after its Part 1 predecessor. There is no intro or build up. Director, David Yates, tackles both parts as one entity merely spliced in half. It is, therefore, hard to judge the final film purely as an individual effort.

Part 2 immediately moves at a better pace and is more ruthlessly cut in comparison to Part 1 and, at times, Half-Blood Prince, which drags in places. The acting, I am happy to declare, has gotten better with age as Harry (Daniel Radcliffe), Ron (Rupert Grint) and Hermione (Emma Watson) feel more fluid and at ease in their abilities.

Like Half-Blood Prince, this feels much darker than the earlier films and tackles issues of death and a battle-to-the-end scenario well. Personally, the films that stand out for me are the darker, more adult ones and Part 2 is certainly fits the bill. The epic feel really engages during the wizardry fights, as such scenes host superb CGI effects and appear to be given an, albeit subtle, boost in 3D. Saying that, as with the likes of Transformers : Dark of the Moon, the 3D addition doesn't bring a whole lot to the proceedings. It works on a subtle level, more than likely enhancing the experience, but invokes no 'wow' factor. 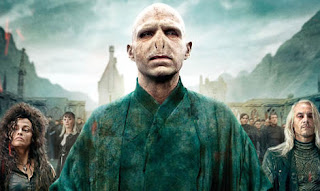 There have been some fantastic set pieces over the years and Part 2 is no exception. Numerous well crafted scenes entertain to the highest order as the action, at times, enthrals. These well achieved set pieces add to the epicness surrounding the series conclusion as it feels and looks terrific.

As with most Harry Potter films, some previous flaws rear their ugly heads. We see some very cheesy moments, which involve brave, unifying speeches, as the grownup and dangerous nature of the film is extinguished somewhat. Some key scenes fall a little flat too, especially the (and this is not a spoiler as it has been all over Potter related press) long awaited Ron/Hermione kiss. Whilst the acting from the main players has improved, the support remains reminiscent to that of Pinocchio. Thankfully these bit parts are just that, yet these minimal contributions distract a little from the mature atmosphere Yates endeavours to evoke.

Significant turning points are riddled with, well, riddles and ambiguous dialogue that leaves me praising the film for the action and entertainment value, rather than story viability and plot. The biggest problem is that the build up to the final confrontation between Harry and Voldemort (Ralph Fiennes) has been (over the years) so hyped and for so long, that it actually underwhelms. Yates takes for granted our emotional state as he assumes audiences feel the desired effects without having to convey it too much.

Overall Part 2 is a highly entertaining and gripping second half of a film. The final scenes conclude the end of the Potter era nicely. Great looking CGI goes hand-in-hand with mouth watering battle scenes and set pieces, but ultimately falls a little flat during pivotal moments. Plot revelations don't shock; they merely contextualise an overall plot that, as a franchise, captures not only my imagination, but that of countless others.