The Lion King Is Back!

Yes it's true. I'm sure you are as excited as I am when I stumbled upon the preview trailer on the, ahem, Beauty and the Beast Blu-ray/DVD pack we watched earlier this month (I say 'we' as I include my girlfriend; the recipient of said gift). Not only had I been seeking to obtain a copy of Disney's 32nd film for the past few years, but was overjoyed when I found out that a Diamond Edition will be released on Blu-ray as well as DVD in 'Fall 2011', which apparently means around September time.

A long term fan of the Lion King, ever since Disney peaked during their 90's renaissance period, I witnessed the brilliant stage show in London last year, which merely reignited my desire for the animated epic once more. Certainly there is a bit of a wait in store, but come September, armed with my soon to be purchased Blu-ray player, I will once again be singing along to Hakuna Matata in crystal clear glory, hurrah!

I, for one, salute the legendary Bill Murray. Only the other week was I watching him be a bit of an ass, albeit  a loveable one, in Scrooged. A few weeks prior to that I enjoyed the utterly charming Wes Anderson take on Fantastic Mr. Fox, where Murray plays a badger called, erm, Badger.

Frankly, in another week or two, I'll probably be watching him in something else, portraying perfect deadpan comedy, like The Life Aquatic with Steve Zissou or even The Royal Tenenbaums. Can't get enough of him, so when I stumbled upon this, it not only tickled me, but compelled me to share it. Enjoy.

Daniel Craig will return in... Bond 23 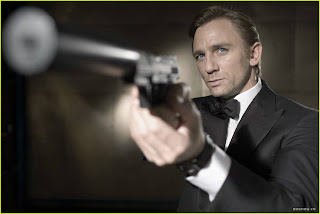 After much speculation over the past year as to whether MGM will produce another James Bond movie to add to one of the most successful franchise in cinema history, it has finally been confirmed that the 23rd Bond outing, currently untitled, will hit screens 9th November of next year, with Bond 23 being part of the 50th Anniversary since Dr. No, way back in 1962. What's more, recently-out-of-crisis MGM have scored another triumph, that two-time Bond, Daniel Craig, will be returning.

Amidst speculation that Craig was prepared to jump ship from his five film deal, due to the uncertainty of the production company's future, one can breathe a huge sigh of relief as you sit back and sip your Martinis. The brutal, beef-cake and down right rugged Bond will return to at least see out three fifths of his contractual agreement, penned in 2005. Phew.

Not only that, but Craig will now pair up with American Beauty director Sam Mendez, which could make for a rather interesting third instalment of the rebooted franchise. Boasting an impressive catalogue of achievements such as the brilliant Road to Perdition, where, incidentally, he first worked with Craig (albeit it briefly) and darlky comedic anti-war flick Jarhead, Mendez could give the franchise a revitalised boost after it's recent dip. 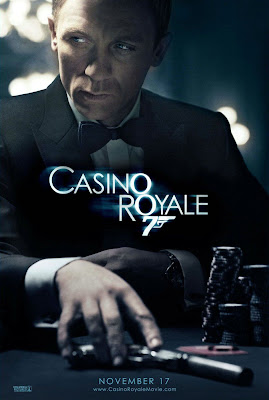 For me, Casino Royale was frankly, immense. From its well written script, right down to the intro song, it all fitted and worked to great effect, creating a cool and suave Bond for the 21st Century. It reinvented 007, his persona and the world that surrounded him. The gritty realism and its no nonsense narrative made the whole thing feel more kosher (unlike the conclusion of Brosnan's reign, where he would be 360 degree flipping speed boats at 60mph). The characters, strongly performed by Craig and support Eva Green, gave a fresh credibility to the laborious Bonds of the Noughties.

2008's Quantum of Solace, in my eyes, was poor. A massive let down, especially in comparison to Casino Royale. It lacked the charm and integrity of its predecessor, thus setting alarm bells off in my head that we were returning to the over-the-top, cheesy Bond of old. It disappointed on pretty much every level, especially as expectations were so high after Craig's debut. Shoddy editing, pointless explosions and a general lack of intelligence and pace, implied that the script was rushed and poorly executed. Thank God I've got that out of my system...

In truth, there's not a lot of details to speak of at the moment in regards to Bond girls, villains and plot. Even the attachment of Mendez was speculative until recently, but, should he fulfil his commitment, could provide a fresh approach and, hopefully, get Bond back on par with the superb quality of Casino Royale. 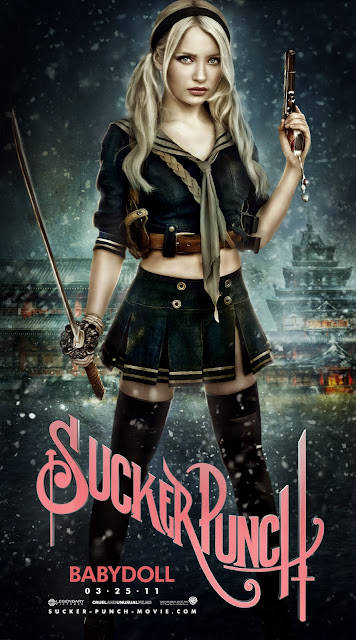 It's true, I didn't feature Zack Snyder's high octane, ramp-up-the-ultra-violence-and-sex-appeal, fantasy Sucker Punch in my 'Most Anticipated' post, as it isn't, but feel it's worth mentioning ahead of it's UK April release. Snyder (300, Watchmen) has never been one for holding back when it comes to explicit content and seems to follow trend with his latest picture.

I'll admit, I still can't decide whether this will be on par with 300 in terms of its awesome CGI fantasy epic-ness, or whether it will, in fact, turn out to be a somewhat extreme version of the mundane Sky Captain and the World of Tomorrow...

However, if anyone can pull it off, it's Snyder. His Dawn of the Dead was a worthy remake. 300 was an entertaining, testosterone-filled epic, followed up by the impressive-in-parts; Watchmen (the graphic novel they said could never work as a film).

Snyder has always had his critics. Personally, I hold his last three films (as stated earlier) in high regard. The imagination and rich glossiness to the scenes and, indeed, mise-en-scene hit the mark for me visually. The same can be said with Sucker Punch. Regardless of it's plot, the settings are vibrant, rich and look beautiful. Whilst Snyder's environments ooze with character and style, the initial setting of Sucker Punch; a mental asylum, doesn't push the same visual boundaries as Leonidas and his Spartans, fighting Xerxes vast armies upon ancient Greece landscapes in 300, or the impressive Arctic lair of Ozymandias in Watchmen.

Baby Doll (Emily Browning) is imprisoned at a mental house, by her evil, abusive Step Father. She meets other girls of similar fate, Rocket (Jenna Malone), Amber (Jamie Chung), Blondie (Vanessa Hudgens) and Sweet Pea (Abbey Cornish). BD plots to escape before she is inevitably lobotomised, and recruits her new girlfriends to begin a journey to break out (in her mind at least).

However, cometh the twist, when she begins her imaginary quest, the boundaries of reality and fantasy begin to merge, as the gang fight through the limitless nasties in their minds, the action inexplicably begins to spill out into reality... It's then that the visual concoction of fantastical imagery comes into play. Epic landscapes, torturous monsters and fire breathing dragons stand in the way of BD and her path to liberation. The legendary Scott Glenn plays her wise guide along her journey, whom goes simply by the name of Wiseman. He informs BD of the five objects she must attain to seek inner freedom, as well as in the real world. 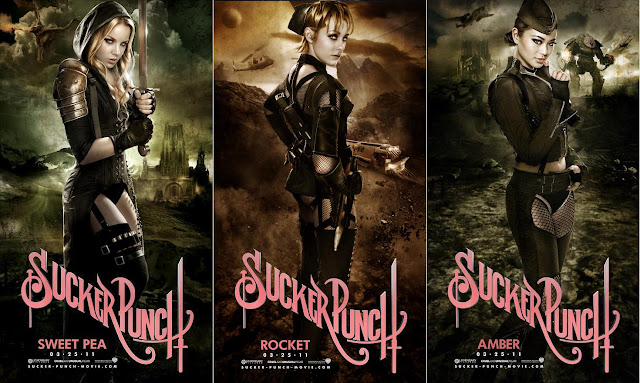 2010 turned out to be a decent year for film with the likes of Toy Story 3, Kick Ass and, of course, the breath taking Inception, cementing themselves as modern day classics, with immense box office success to boot.

Early 2011 promises great things, with a handful of highly anticipated movies being released within the first few months, we really are in for quite a treat and that's before the likes of Cowboys and Aliens, Super 8, The Hangover 2 and Captain America hit the screens this Summer. There's a lot coming our way throughout this year, but here's the 5 films I am most excited about for the immediate future... 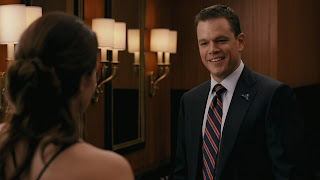 The Adjustment Bureau sees David Norris (Matt Damon) and Elise Sellas (Emily Blunt) meet randomly, by chance, or so it would seem. Cue the uncovering of a secret group of men known as the Adjustment Team, adapted from the Philip K. Dick novel of the same name, who claim to run the world and monitor everyone's chosen path. The only problem is, David decides to oppose the powers that be and pursue a life with Elise, thus throwing both his and her futures into jeopardy, which obviously would cause a massive shit storm with the hat wearing men in command . It appears to have all the ingredients for success, the trailer is sinister, thrilling and ever so slightly Inception-like, not to mention a great cast with Damon, Blunt and (largely unknown) Michael Kelly. Oh, and did I mention the $65m budget? That might help too.
Anticipation  ★★★ 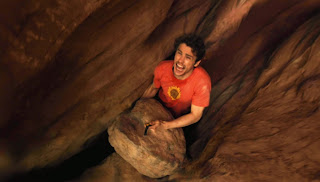 Released last Friday, Danny Boyle's real life story of a climber who gets trapped down a canyon in Utah for, well, 127 hours promises to grip and shock audiences. Well received so far, it's lead, played by the brilliant James Franco, gives a worthy performance as stranded mountaineer Aron Ralston who takes drastic measures to avert death at any cost. In parts it gets gruesome so not for the faint hearted, you have been warned.
Anticipation  ★★★ 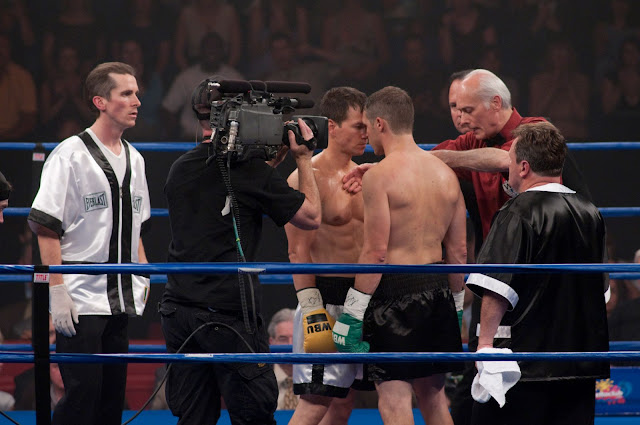 Another film with Oscar buzz in the air, Mark Wahlberg is real life ex-boxer Mickey Ward as he struggles to  make a name for himself in the ring. He's too old and frankly not that great, but is given one last shot at his fighting career. It's the Rocky for the new millennium, but clichéd underdog story aside, looks set to earn Wahlberg and even Christian Bale, who plays his volatile tempered trainer/half-brother, Oscar nominations. Watch this space.
Anticipation  ★★★★ 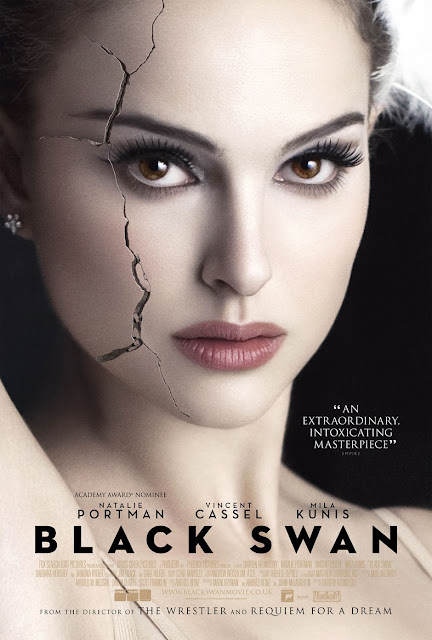 Director Darren Aronofsky (The Wrestler, Requiem for a Dream) is at the helm for this dark tale of ballerina Nina (Natalie Portman) who is thrilled when presented, by director Thomas (Vincent Cassel), with the lead role of production Swan Lake. Problem is, Nina encapsulates the white swan perfectly but needs to fulfil the alter ego persona of the black swan also, which she fails to do. She soon becomes threatened by new rival Lily (Mila Kunis) whom challenges for her role as she is more adept as the black swan. The result is an intense emotional struggle as Nina tries to hold onto the lead by allowing her dark side through, which drags her down a scarily dark, paranoid path. Oscar buzz surrounds Portman and indeed the film itself, making it one to certainly check out. If the thrills and emotional performances don't have you panting in excitement, the intimate scene with Portman and Kunis will.
Anticipation  ★★★★★

This is the one I am waiting for. The Coen Brothers (The Big Lebowski, No Country For Old Men, Burn After Reading) are back, hallelujah! A loose remake of the 1969 film by the same name starring John Wayne, Jeff Bridges assumes the role of renegade hell raiser, I-don't-play-by-the-book, gun slingin', all round bad ass Rooster Cogburn. Did I mention he has an eye patch? To be honest, looks like it will be the film of the year and the piece that will get people talking about the Coen's once more. The story focuses on Mattie (Hailee Steinfeld), a young girl who hires Cogburn to hunt down the killer of her Father, a hitman by the name of Tom Chaney (Josh Brolin), the pair are accompanied by Texas Ranger; LaBoeuf (Matt Damon) with his own personal agenda. The trio embark on a journey to find Chaney and lets just say the events thereafter involve lots of adventure and just a little bit of killing along the way. If you're not into Westerns, then now is the time to take an interest! 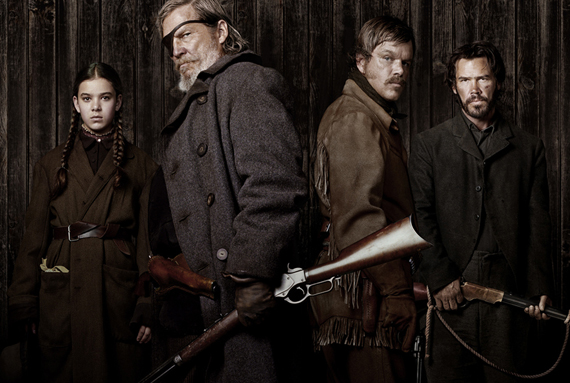 A strong cast mixed with the slick, quirky and unforgiving style the Coen's are synonymous with, True Grit will surely propel the genius pair right back into the mix, after a somewhat quiet year.
Anticipation  ★★★★★