Every so often you come across a film so profoundly powerful that it has lasting effect way beyond the final credits. In rare instances a motion picture can be so emotionally overwhelming that you'll remain devastated for days after. Michael Haneke's latest, Amour, is no exception. 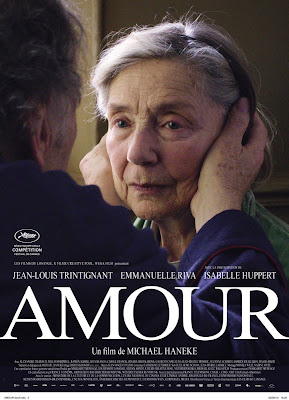 The Austrian director's Palme d'Or winner is portrayed with a simplistic elegance and grace that deems it an utterly mesmerising experience, but one you'll never wish to impose upon yourself again. The subject matter: old age, unequivocal love and devotion in the context of mental health deterioration.

About an elderly couple -- Georges (Jean-Louis Trintignant) and Anne (Emmanuelle Riva) -- Haneke devises a sumptuously poignant story that primarily centres on the two, requiring very little external interference, other than a few supporting roles that interject throughout. As we settle into the pace and routine of their lives, an incident takes place one nonchalant morning that forms the premise for the two hour filmic journey of Anne's onset of dementia.

So uniquely divergent from Hollywood is Haneke's overt style, it's easy to pick up on both the use of long, static, richly composed shots, with slow, methodical pans and tracks, as well as the strong character-focused narrative that uses an apartment as its solely filmed location.

The most deftly balanced and striking aspect of all is the phenomenal quality of acting on display. The sheer scope of emotions that transcend over the duration are breathtaking. There's so much to take in: from heartfelt adoration; to unfathomable dedication; to gut-wrenching endurance. Audiences will unquestionably be left despondent, exhausted and grief-stricken by the events of a harrowing subject matter that's bound to affect those with similar life experiences even more than those detached from it. 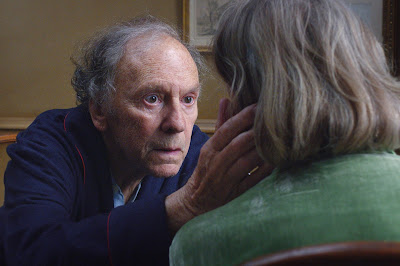 The depiction of both physical and mental ageing is fascinating, and effortlessly immerses you from the very start. It is this early engagement with the characters that serves to shatter your defences; it'll transform a majority into quivering wrecks regarding events impending. Admittedly, as the story progresses, there are several scenes that threaten to break audience resilience. It genuinely hones in on audience vulnerability, and in truth doesn't ease up for quite some time.

Whilst this may seem like one to avoid for anyone with a fragile disposition, Amour is something that demands your attention. A terribly uncomfortable and unforgiving duration it may be, but the manner in how it's handled must be commended -- especially its evocative prowess and production sublimity.

The notion that reminiscing days later still bares an unrelenting weight of distress speaks volumes. Amour is one of 2012's finest. It may be unbearable at times, but is nonetheless an utterly engrossing, intrinsically rewarding, accomplished piece of modern cinema.

Besides a mere trailer for what can only be described as batshit horror/drama with a splash of erotica, there’s been little else in terms of marketing or promotion for Excision, other than the semi-recognisible face from E4’s 90210. AnnaLynne McCord fronts this modern Carrie-like pseudo-high school drama/horror, with a quite magnificent performance as oddball teen Pauline. 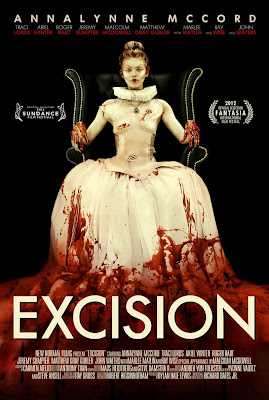 The story is the vague subconsciousness and reality of a girl with a particularly disturbing psychological imbalance, but devoid of any paranormal powers per se. She is, however, keen on the study of medicine and all things surgical, with a somewhat hazy ambition to one day enter said profession (as a surgeon). However, her clear disdain for all things academic deems such goals unrealistic.

But this is not to say Pauline isn’t without passion. Her keen interest in dissecting dead birds in her bedroom and tasting their blood reflects the film's themes, especially a recurring visualisation of blood, gore, mutilation and sexualisation – key factors that dominate her pimpled adolescent existence as she embarks on a sexual awakening that includes a curious fascination as she begins to menstruate.

There are two sides to Pauline’s character, and indeed, the narrative within the film. One is her on-the-verge-of-maturity, transitional state of girl to woman (reality), and the other being her subconscious: a much darker side that haunts her dreams with imagery of body horror gratuity and intrigued eroticism; a side that threatens to spill into real life. Aside from a Carrie comparison, her family life mirrors that of another angstful deviant: Donnie Darko. A domineering mother (Traci Lords) and placid father (Roger Bart) only antagonises a youngster plagued with more psychological issues than her ignorant household can imagine. Chastisement is a daily occurrence, until the realisation of the film's climax clicks, and the true horrors of Pauline’s mind finally unveils and spills over.

For a film that’ll puzzle many by the mere mention of its title, it's extremely well executed. The acting, especially McCord's superlative turn, is of a consistently high standard, and the script constantly intrigues, darkly amuses and feels fetishly fresh in its approach. Pauline’s character is complex and layered, and perhaps offers one of the best female performances of 2012; not that the Academy will recognise it, but they seriously should.

As unforgiving and perverse as Excision may appear, once you delve into the troubled mind dealing with numerous mid-teen issues such as angst, rejection, puberty and resentment, you begin to see the exquisite excellence of this extraordinary, if not hugely grotesque, beast.

They often say things come in threes. Whether it be buses, accidents, or peas in a pod, it seems to be the way. But does the same rule apply when it comes to movies? Can someone with a hit-and-miss career in front of the camera produce a trio of successes behind it? 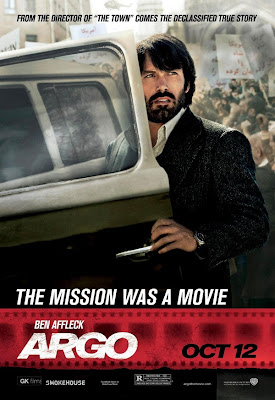 Ben Affleck has emerged as one of the industry's most promising talents, as long as we banish memory of what can only be deemed an ugly acting career, because the past half decade has seen him blossom behind the camera. Argo is Affleck's third directing effort, with Gone Baby Gone and The Town lavished with critical praise, it seems the 40-year old has finally found his niche.

Based on the real life events of the 1980 effort to rescue American diplomats pinned down in a hostile, revolutionary Iran, the Pearl Habour star asserts his now established skills at directing in a simple, yet effective manner that does an equally good job at balancing story progression with audience engagement.

Unlike his previous two, Argo tackles real life, and plays upon the intense nature of a narrative to engage its audience and drive it towards a climax. What's more, the finale of this particular film is its most rewarding part. Utterly engrossing; you'll find yourself on the edge of your seat for a good twenty or thirty minutes simply willing a peaceful resolution.

Without seeming overly negative, this is a strong and accomplished movie that does exactly what it sets out to achieve, but aside from its many pluses, there's no spark to make Argo anything more than a well made, solid movie. 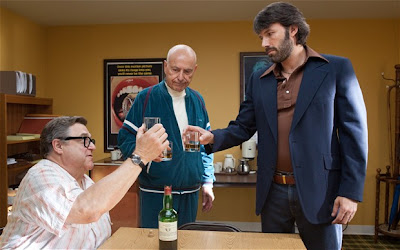 However, what the film does do really well is to create and build upon a tense and edgy situation and elevates the level of danger to its peak. It boasts an understated subtlety without the need to veer into elaborately sensationalised territory, especially with Affleck's lead performance. His 'every man', reserved nature never once threatens to steal the show or hog the limelight; instead, that honour is left to a trio of sublime performances from Bryan Cranston, Alan Arkin and John Goodman. These characters, specifically, offer the wittiest moments and biggest laughs the script has to offer, and back up their quips with stand-out turns that prove memorable.

Argo is well structured, sharp, often funny and unbelievably tense at times -- more so in its final half hour. The story is consistently gripping, if not remarkable in incident, yet affirms itself as a strong Oscars contender for its decidedly capable execution of direction, screenplay and acting.